In this episode, your daring hosts examine the tangled story of the Congress of Berlin.

In 1877, having spent the entire preceding century at each other’s throats, arch-rivals Russia and the Ottoman Empire went to war again.

Russia considered itself the leader of the Slavs and the prosecutor of the Eastern invaders, looking to free the Holy Lands from Ottoman control.

The Ottomans were an ailing, fragile superstate, inheritors of the Islamic conquest of Jerusalem and now stretched thinly over South-Eastern Europe. Cracks had already begun to appear - in Greece, in Serbia and in several other places.

In a very Russian fashion that some might recognise from other historical episodes, Russian-sponsored troops from Serbia and Bulgaria were encouraged to rise up and after much struggling, managed to defeat the Ottoman army in battle.

This led to an overly ambitious Russian attempt to redraw the Balkans as it would like to see it, a dangerous move that provoked the ire of the watchful Great Powers.

In this episode, we set the scene as the South-Eastern rivals are hauled in front of a jury of their peers and betters and Russia is hauled across the coals for its troubles. In this episode:

So plug in your headphones and click the play button at the top of this page to listen to the episode right now!

Alternatively, you can click subscribe button above to get the episodes immediately sent to your phone and you can listen on the go!

If you’re still reading this then I’ll throw you a bone - for more FOH content and our exciting twice-weekly email series, subscribe at footnotesofhistory.com/join ​​​​​​​​​​​​​​ 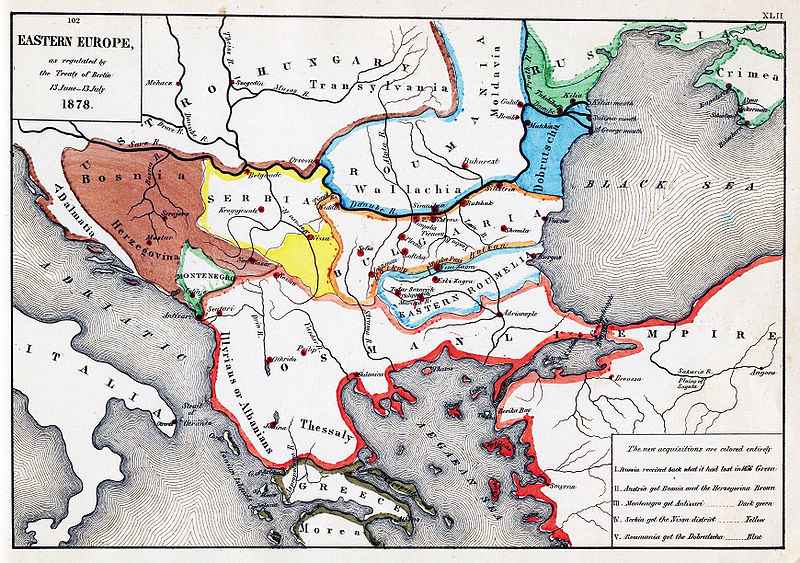