The Story of a Dynasty

Simon Sebag Montefiore’s The Romanovs is probably one of the best looking books I’ve seen for a while. The famous family’s double-headed eagle (in gold, naturally) sits on the front of an almost cyan coloured front cover, which for some reason put me in mind of the opulent eggs the last Romanovs were so fond of.

The richness of the front cover is matched by the abundance of treasures within; the book tells the story of the 20 Tsars and Tsarinas who ruled Russia between 1613 and 1918. The narrative never noticeably flags - perhaps Montefiore is helped in this respect by the fact that none of the Romanovs could be described as anything approaching dull.

It’s a book in which different readers will discover different bits that interest them; personally I found the psychotically talented Peter the Great who seemed to rule like a constantly growing hurricane and the irrepressibly boisterous Alexander III to be particularly fascinating. Equally as intriguing were the sections on Anna and Elizaveta, two monarchs I’d never heard about before but who gave an insight into how women other than Catherine the Great approached the problem of ruling the vast nation.

As a historian Montefiore has, probably, the best command of language that I’ve come across. In his hands soldiers become myrmidons, Tsars are occasionally flabbergasted and one or two courtiers are grotesque. Supplementing this eclectic vocabulary is the author’s choice to refer to many historical figures by their nicknames; meaning that the book’s pages are filled with references to characters such as The White Pussycat, The Vampire and The Night Emperor.

If the book has a drawback it is the sheer amount of information it contains. As well as 20 separate monarchs a vast range of non-royals, encompassing Wellington, Rasputin, Pushkin, Tchaikovsky and Otto Von Bismarck to name but a handful, crowd in on the reader and vie for attention. A particular irritation for me was the author’s seeming obsession with including long footnotes on many pages. At times it’s difficult to compute the slew of information that encompasses an industrial amount of affairs, millions of deaths and ever multiplying spiders’ webs of alliances. Personally I would have preferred it if the book were split into two volumes; it would have allowed the footnotes, which are genuinely interesting for the most part, to be incorporated into the main text and would have given the story more room to breathe.

That being said it’s really a minor quibble when the worst thing you can say is that a history book has too much information. This is a fascinating tale and it’s left me wanting to seek out full length biographies of several of the monarchs it covers.

If you’re looking for a good follow-up to this tale of Imperial Russia I can recommend Former People by Douglas Smith. The book chronicles the history of two noble families, the Golitsyns and the Sheremetevs (members of both feature in Montefiore’s book), in the wake of the Russian Revolution and their fates under Communist rule. Although bleak it also tells a fascinating story.

In the meantime, you can get hold of this great book here: 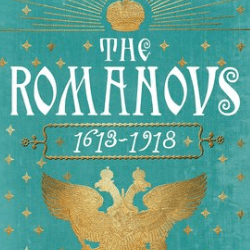